Hacking is the process of illegally gaining access to computer systems and sensitive information and using that data to demand ransom, or leak publicly for revenge or sell them for a price. Hacking is one of the persistent threats of our time. And bear in mind, it is going to stay and will always be until we as a society abstain from all types of digital devices in our lives. It’s not possible, right? That’s precisely why we need Ethical Hackers. More than ever now! Let’s dive straight into the topic! 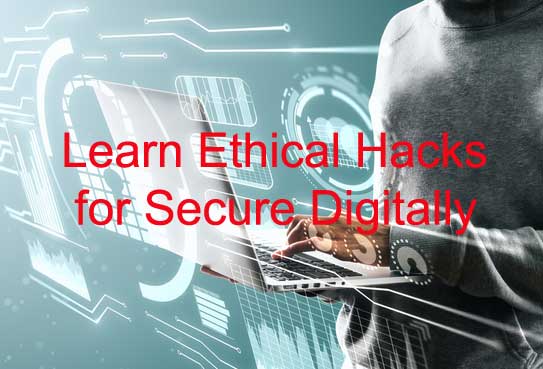 What is Ethical Hacking?

Ethical Hacking is also hacking, but wherein the computer and network experts with authorized permission gain access to the system and networks of an organization to test its security measures, vulnerabilities, and any loopholes, which an attacker might gain access to and cause catastrophic impacts.

What are the Protocols of Ethical Hacking?

Every Ethical Hacker has to follow a set of protocols set up to conduct these tests most safely and professionally as it could be. Some of the most popular protocols are:

What are the types of vulnerabilities that White Hats discover?

Broken Authentication: This is a security vulnerability where an attacker can perform credential surfing and many other automated attacks if that particular web app has a weak or defective authentication.

Injection Attacks: This is a loophole wherein a Black Hat could insert malicious code into the applications or a network for the interpreter to process wrong code or query, thus rendering it useless and making way for Black Hat to gain access. A White Hat can perform pentesting to validate such loopholes in the entire network or the application.

Confidential Data Exposure: This is also one of the most feared security vulnerabilities across the IT industry. That is, what if the Black Hat gains access to sensitive or confidential data? These sensitive data could be bank details, credit card information, username & passwords, private information of an individual, records, financial transactions, etc.

What are the different types of Hacking?

There are many forms of attack that Black Hat conducts over time. The main types of Hacking are:

Ethical Hackers work in typical Black Hat methodologies, and they are:

I hope you got all the essential information on Ethical Hacking to start your journey to becoming an Ethical Hacker.