You are here: Home / PC Tricks / Rootkit: What is It? How it Evolved?

A rootkit is one or several programs that use stealth methods to hide an intruder or malware in the system. As Windows is the most common operating system, Windows rootkit is an application that hides elements from other programs or the operating system. Also, a rootkit can modify Windows data structures the way to adjust the kernel behavior to achieve the specified goals of masking files and processes.

Despite numerous antivirus-related questions like “Is Norton better than Avast” or “What is the best antivirus,” one can say for sure that modern security applications succeed in rootkit detection and neutralizing. However, lately, rootkit danger has become more significant due to new build-in rootkit schemes within malicious software. 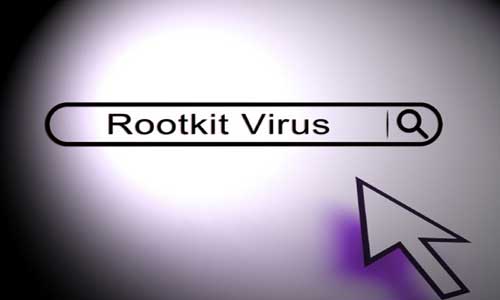 In this regard, one should know what the threat is and how to manage it.

The term rootkit originated from the Unix systems, where there was a name of a set of utilities used by hackers to hide their presence after gaining initial access. These are, typically, hacker instruments replacing principal Unix utilities. A rootkit lets a hacker take root in a compromised computer system and cover its tracks.

Earlier Post :-  When Do You Know It's Time To Hire Data Recovery Services

Windows rootkits had a more functional predecessor than UNIX ones. They were stealth viruses for DOS. Stealth viruses showed up in the early 90s. In contrast to UNIX rootkits, whose main task is to let an attacker into the system and mask his actions, DOS stealth viruses just hid from the user and antivirus programs by infecting files.

In the mid-2000s, HacDef and Haxdoor accounted for about three-quarters of all existing rootkits. The versatile backdoors Rbot and SdBot were the malware pioneers, considering it was during the implementation of rootkit technologies.

As a result, the rootkit is a relatively old issue that developed together with the utilities and paths. The only thing which gave this malware a future is the mechanism of its work

The principle of operation of the rootkit

To hide some objects in the system, rootkits either intercept kernel system services, similar to how user-mode DLL rootkits act, or modify kernel data formations. According to their principle of operation, rootkits are divided into the following two groups:

The rootkit of the second type is less noticeable because its code is not directly executed. A rootkit modifies one (or several) kernel data structures, forcing the system to operate on a dummy object (or object queue). These rootkits affect kernel performance indirectly.

Any rootkit technology can be used for both positive and negative purposes. It can be protecting intellectual data, protecting programs from viruses, protecting system files from erroneous deletion, and introducing backdoor programs, spyware, viruses, or Trojans. Fighting malware rootkits is not an easy task with a variety of detection technologies used:

Also, the integrity control feature of checking a checksum or digital signature of system files can help understand if the file has been modified. Nevertheless, specialized security programs and modern antiviruses have enough robust solutions to help users keep their devices rootkit free and clean.