You are here: Home / Tutorials / Comparison of Top 5 Best VPNs Providers WorldWide for 2019

In todays day and age, theres no such thing as anonymity. This is important to accentuate, because sometimes people expect impossible from their VPN providers. Its definitely true that using a virtual private network will grant you a certain amount of security and you will stay protected to some extent, but there is no unbreakable lock for a good thief. Thanks to the statistic research done by GWI, we know that less than a quarter of Internet users actually uses VPN when accessing World Wide Web. This is not good news, seeing that people around the globe dont care as they should about their web privacy. Choosing what VPN provider to use can also be an ordeal, but there are some that stand out more than others on the VPN market. 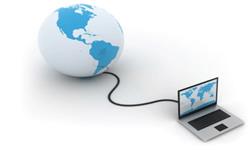 This VPN provider is stationed in Israel, but can be used in over twenty countries worldwide. This virtual private network is made to fit the uses of Android and iOS, but is particularly useful for Windows Mobile users, because of the IKEv2 protocol. This protocol is, first of all, very difficult get with regular VPN providers, and second it is particularly convenient for Windows mobile users because they usually have most problems with compatibility with other devices and different programs. This is Best VPN provider gives you a 24-hour trial period and a two-week money back guarantee, which is again quite useful. When it comes to payment, you can do it via Bitcoins.

This provider is firstly famous for its 400 servers in about hundred countries and dedicated IP. One other great thing is that your location is very well protected, thanks to over 80,000 addresses that your IP circles through. Many people are always concerned with their internet speed when using VPN, but even experts that did Pure VPN Review claim that the speed drop will be up to seven percent, which will not be of any particular significance.

This provider has a lot of growing to do still, but theyre doing an excellent job so far. Their base is in Hungary, but their servers can be found in sixteen countries all over the world. While this provider wont keep records of your usage logs, you can be sure that they have freedom to use your connection logs, but then again, that is the case with most companies. They also give a 30-day guarantee, though this policy has a lot of fine print, which is why you should definitely familiarize yourself with it. Last, but not least, we will mention the feature of port discovery, that enables you to scan for open ports in the LAN neighborhood and freely use public Wi-Fi, without any risk.

VPN Area can be found in Bulgaria, and it is a budding VPN provider company. If you decide to use their services, you can be sure that no logs will be kept of your internet activity, and you can use this VPN on five devices at the same time, be it desktop, a tablet or a smartphone. The strong suit of this provider is their encryption, at which they excel, and to top things off, their desktop client is Viscosity, which in return offers a kill switch and DNS leak protection. Another perk of this VPN is that your IP address changes every five minutes, protecting your location, and you also get a 7-day trial period.

Stealth servers, excellent customer support service and an intuitive software for all main platforms is what best describes Express VPN. Their servers are all over the planet (eighty countries), and they are certain enough of the quality of their service that they will give you 30-day money-back guarantee. When we mentioned stealth servers, these little helpers are especially significant in getting around the Great Firewall of China.

Virtual private network should be used by everyone, though some definitely more than others. Depending on your occupation, you know very well what kind of protection you need, but some kind of protection should definitely be used. According to CNN, over three hundred million malware threats are found every year, which basically means that every day around a million new viruses appear on the internet. If that is not a reason enough to get a VPN, then theres nothing else we can say. Your privacy and security should always be your number one priority, no exception. Even though you might think that security breach wont happen to you, you should not expose yourself to that risk.

Adam is an 23 year old professional web developer and an occasional digital publisher, born, raised and currently residing in Dallas, TX . In his spare time you can find him on the basketball court, in the kitchen or at the nearest live music venue.